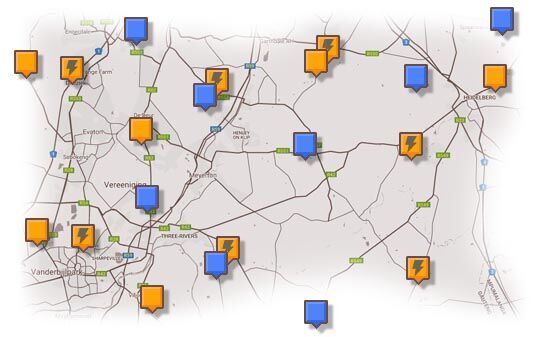 The Southern Gauteng region of Gauteng encompasses the towns Meyerton, Heidelberg, the steel producing towns of Vereeniging and Vanderbijlpark, and all their surrounding areas. All of the aforementioned towns, each of which used to be a separate municipality, have been incorporated into one new Southern Gauteng Municipality. The Vaal River is the province's main water source and water sports playground and dominates the region. The Loch Vaal reservoir, built in 1922, is a water system that provides Southern Gauteng over a billion litres daily.

Rural Southern Gauteng is dominated by the Suikerbosrand Nature Reserve situated just to the West of Heidelberg. Suikerbosrand is an area of unspoilt highveld that covers some13000 hectares. It is home to a wide variety of wildlife and includes 65 kilometres of roads. There are more than 80 kilometres of hiking trails that are all well marked and the visitors centre includes an auditorium where there are regular talks and seminars.

Heidelberg is a town situated some 40 kilometres from Johannesburg and it was established in 1865. The town was placed at the crossroads of the two wagon trails, one between Pretoria and Bloemfontein and the other between Potchefstroom and Durban. There is a Victorian manor in Heidelburg that was built in 1906 and still has the original wallpaper in most of its rooms. Of great interest to the visitor to Southern Gauteng is the Heidelburg Motor Museum housed in the old station building. The museum collection includes many vintage and veteran motor cars as well as all kinds of cycles and even includes Formula One racing cars.

Unlike many of the towns of the Witwatersrand the Southern Gauteng town of Vanderbijlpark does not owe its development on the discovery and production of gold, but rather on the expansion of the iron and steel industry in South Africa. The town is located alongside the N1 highway from Johannesburg to Bloemfontein and the Cape and this places many Free State towns within easy reach. The town is also situated on the banks of the Vaal River and hosts many a rowing regatta and other weekend water sports.

Vereeniging is another town in Southern Gauteng that does not owe its origin to the discovery of gold. It has its origins in the discovery of coal in the area in 1878. With some of the largest coal deposits in South Africa the town has become one of the country's largest producers of electricity. Also on the banks of the Vaal River, Vereeniging is also close to the Vaal Dam which has become a very popular sailing venue for Gauteng. Close to the town at Redan is the site of the Redan Rock Engravings, where there are hundreds of paintings and drawings on the sandstone cliffs. Both Stone Age and Iron Age implements have also been found in the area. At the Leeukuil Palaeontological Site are fossils of Glossoptoris, a plant species over 300 million years old.

Visitors should not come to the Southern Gauteng region without taking in the Vaal Meander. This was started some 20 years ago with the idea of promoting Artists and Crafters of the Southern Gauteng region. At several establishments in and around Walkerville you can find many examples of arts and crafts. There are handcrafted ceramics, stoneware and pottery, stained glass and cottage furniture, paintings, silverware, linen, soaps and candles, aromatic oils and esoteric goods, hand made writing paper and cloth.

Southern Gauteng is a treasure trove of places of interest, of all types of arts and crafts, of gift shops and collectibles. And if that doesn't please you, there is always the casino in Vanderbijlpark.
View Town List
Shows all the towns with accommodation
View $elect Stays List
Shows listings offering a 15% discount to members © Ossewa (License)
60 Strydom Street, Heidelberg. The Standard Bank of British South Africa occupied this building from August 1879 to October 1881. Including the duration of the first Anglo-Boer war (Dec 1880 to March 1881) 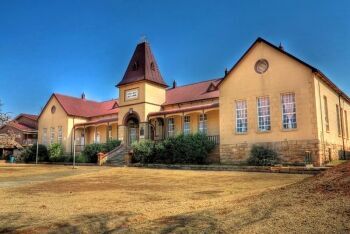 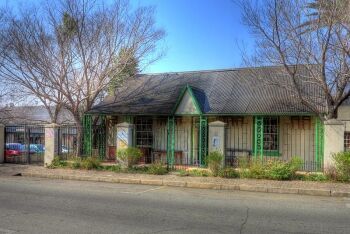 © PixelPirates
A glimpse of the past. Traditional architecture in Heidelberg 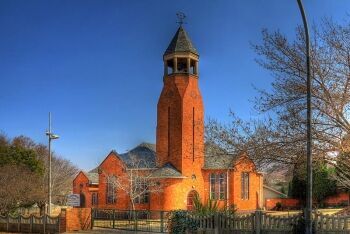 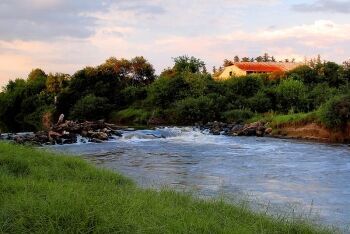 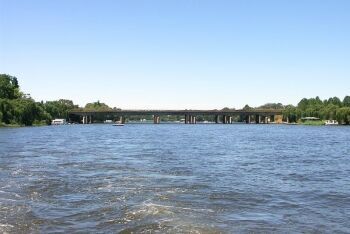 © NJR ZA (License)
Vaal River running through Vanderbijlpark. On the left is the Free State, on the right Gauteng. The bridge is part of the R57 freeway © Robbie Aspeling (License)
The Witkop Blockhouse, Vereeniging district. This blockhouse was built as a two level structure with a lookout tower. It was declared a national monument in 1948 and is one of the last fifty left in South Africa © Andrew Hall (License)
The row of graves of the 69 people killed by police during an anti-pass protest on 21 March 1960 at the Sharpeville Police Station, Vereeniging

SUBSCRIBE to Great Escapes Newsletter... it's full of good stuff!